Police are desperate for a 12-year-old boy who disappeared after boarding a bus and never returned home.

Awab Farhan was last seen at 4.30pm on Monday as he left a house on Lodore Street in The Ponds in Sydney’s northwest.

The young boy boarded the 752 bus bound for Blacktown and has not been seen or heard from since.

Police have issued an urgent appeal for information after the boy was reported missing in Riverstone Police Command area.

Awab is described as Mediterranean/Middle Eastern in appearance, slim built, 165cm to 170cm tall, with black hair and is known to hang out in Liverpool and Bankstown.

He was last seen wearing a blue and white long-sleeved “Fila” shirt with a black shirt underneath, black sweatpants, black “Nike” shoes and a khaki rain jacket.

The distraught family and the police are concerned for Awab’s welfare due to his age. 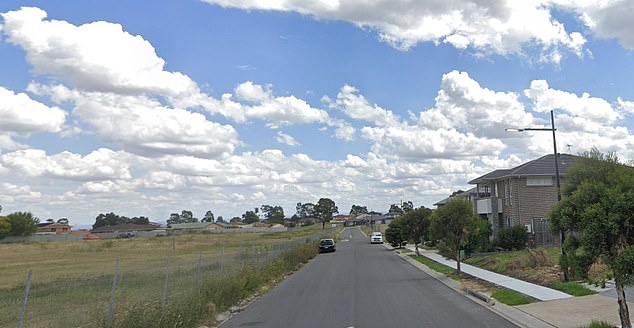 The 12-year-old was last seen around 4.30pm on Monday when he left an address on Lodore Street, The Ponds (pictured), and boarded the 752 bus for Blacktown Police urge anyone with information to call Blacktown Police or Crime Stoppers

Anyone with information about Awab’s whereabouts is urged to contact Blacktown Police.

Anyone with information about this incident is asked to contact the police.

The information is treated with the strictest confidentiality. and the public are reminded not to report information through the NSW Police social media pages.